Individual Mandate: Is It Coming to an End? 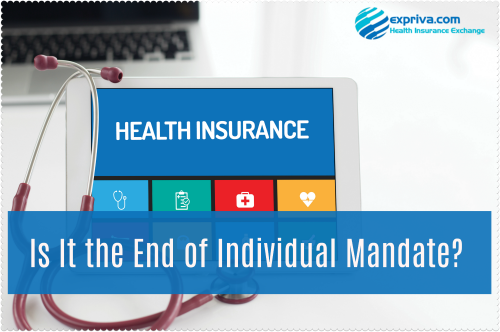 Under the Affordable Care Act, or ACA, individuals and families were required to buy minimum and affordable health insurance, a feature known as individual mandate.

On December 20, 2017 Congress passed the Tax Cuts and Jobs Act. This act makes significant changes to individual and corporate provisions of the U.S. tax code, including a reduction in the corporate tax rate to 21%, down from 35%, beginning in 2018.

The bill includes permanent effective repeal of the Affordable Care Act (ACA) individual mandate by zeroing out the penalty beginning in 2019. For 2018, most individuals are still required to maintain coverage or pay a penalty when they file their 2018 federal income tax return.

The bill was negotiated by a conference committee comprised of representatives from both the Senate and House after each chamber passed their own versions of tax reform. The final bill was passed 51-48 by the Senate and 224-201 by the House before being sent to the President. President Trump is expected to sign the bill into law soon.

The bill also changes how certain tax thresholds will be indexed for inflation. Affected provisions, including the ACA “Cadillac” Tax (scheduled to take effect in 2020), will now be indexed to the Chained Consumer Price Index (CPI) instead of the regular CPI (the previous metric). That change makes it likely that more employer-sponsored plans would trigger the Cadillac tax sooner.

The individual mandate is actually still in effect for 2018—meaning that you may have to pay a steep tax fine if you don’t have health insurance.

If you want to know if the individual mandate effects your coverage, contact us.