No ACA Repeal and Replace under 2017 Reconciliation Process 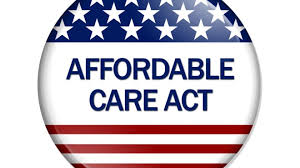 On September 26, Senate Republican leadership determined the Graham-Cassidy bill, which would repeal and replace parts of the Affordable Care Act (ACA), did not have enough support to bring up for a vote by the Senate. This bill was the Senate’s final attempt to repeal and replace the ACA under the fiscal year 2017 reconciliation rules, which expire on September 30.

The budget reconciliation process was the preferred option by the Republican-led Congress to pass legislation to repeal and replace parts of the ACA. While the House passed a bill back in May, the Senate was unable to pass any legislation even with the 51 vote threshold for a reconciliation bill (versus 60 votes for non-reconciliation bills). Since more than two of the 52 Republican Senators opposed the various repeal and replace bills, none garnered the required votes to pass. Because authority for the budget reconciliation is derived from the current fiscal year’s budget resolution, the Senate parliamentarian ruled that the 2017 reconciliation process must conclude by the end of the federal government’s fiscal year, September 30.

What’s Next for the ACA and Health Care Reform?

Before Senate Republicans focused their efforts on the Graham-Cassidy bill, the Senate Health, Education, Labor and Pensions (HELP) Committee held bipartisan hearings to discuss “actions Congress should take to stabilize and strengthen the individual health insurance market” in 2018. With the 2017 reconciliation deadline passing, it’s possible bipartisan efforts will now resume since Republicans do not have enough votes to pass a bill without Democratic support.

Congress or the Administration may also pursue other ways to dismantle, replace or reform the ACA including regulatory action, regulatory non-enforcement or other options.